Qantas vs. Unions represents a battle of two forces from which only one will win. On one hand we have a global business that needs to stay competitive on lower labour costs and on the other hand we have unions that want to stay relevant on higher labour costs. This is total misalignment. The emotional charge of these two forces is such that it is impossible to reconcile the two. 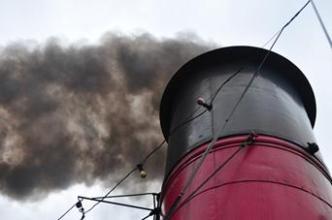 Qantas and the Unions have 20 days now to resolve their dispute and “bargain” for an outcome. The way things are going, Fair Work Australia will have to use its powers to force an outcome. What will that be? If Unions win, Qantas is doomed because it cannot compete on costs with Asian airlines or other competitors that are less unionised and have the support of a flexible labour market regime. If Qantas wins, it will be very painful and it will need to act quickly and expand in Asia before conflict has time to develop caused by an unhappy labour force. This will not be easy because an Asian expansion needs time to recruit and train proper workforce. There is no large pool of skilled labour floating around waiting to be poached by Qantas. Without the support of a happy workforce in Australia, Qantas will have difficulties to sustain its business. However, this type of cooperation seems to be a very remote possibility because the inherent divergence of goals.

Is there a better alternative? I think it is. As competition in this business is heating up, the demand for a different kind of travel will increase significantly. First of all the new types of aircraft, Airbus 380 and Boeing 787, offer opportunities for more diversified service. We should also note the rise of space travel open to the public. This will open enormous opportunities. An airline that wants to stay competitive in the long term will have to have a strategy in place and prepare its workforce to exploit these opportunities and grow. Qantas in 2075 could service regular flights to the Moon, if it survives that long; that is a real possibility judging by the speed with which commercial space travel develops.

This means that the Unions and Qantas have a common ground: prepare the workforce in Australia for that transition to compete with specialised low volume but high margin services and support the expansion in Asia to compete in high volume low cost services. This is the only way to find a long term solution. The opportunities are many, but this solution requires commitment from the Unions, Qantas and the government because its implementation is not your traditional train-a-skill program. It is about re-educating a large workforce and adopting a new way of thinking.